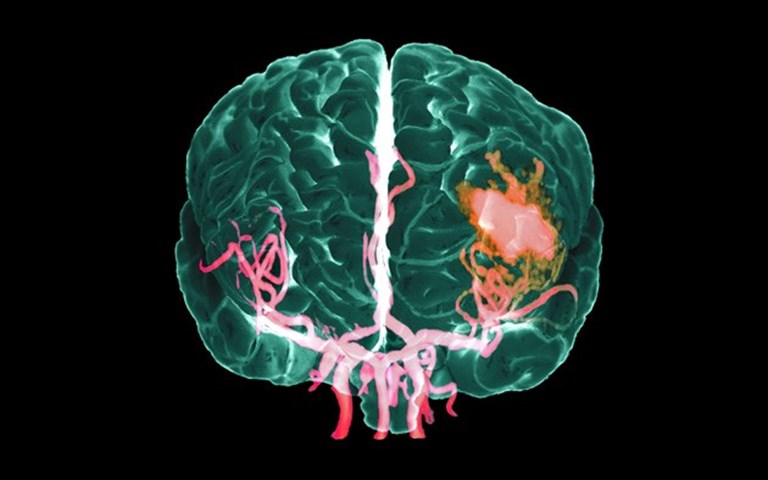 A human brain suffering a stroke.

With the appearance of a stroke, the symptoms almost always tend to be the same. The inability to speak; numbness of a part of the body, loss of vision and lack of partial mobility are some of the most common signs.

Even so, the research carried out by the Hoffmann Method suggests that we can be alert to other symptoms that, although they may be very small or secondary, are revealing signs when diagnosing a cerebral infarction. If the neuronal injury affects a specific part of the brain, you may notice some poorly known indices at a general level that can cause the situation to be wrong.

For example, we must know what influences a structure called insula, there is a total loss of appetite. In the same way, you can also generate an amusia, the inability to understand and play the music.

Contrary to the usual, stroke can cause excessive uncontrolled movement, from soft balanced to strong shaking, if an injury occurs in the contralateral cerebral subthalamic nucleus or its connections.

Strangers are also those in which the brains affect the knee of the internal capsule, a very specific part of the nerve pathways that can cause akinetic mutism. This is characterized by non-interaction with the environment despite being awake. If it does affect the brain stem, it can cause crying and uncontrolled laughter or even an increase in drowsiness.

A diagnosis of the practice can also be produced prosopagnosia, a form of visual agnostic that impedes the ability to recognize faces. In polyglot patients, there is usually the loss of one of the languages ​​that it handles.

These manifestations are not common, but they can happen in a particular case. Being alert to these warning signs helps us to act as quickly as possible.